Scheduled to go into service in 2020, the 81-metre ferries will have the capacity to carry at least 44 vehicles and up to 300 passengers and crew.

The first of the new vessels will be deployed on the Powell River – Texada Island route, replacing the 59-year old North Island Princess, which will be retired from the BC Ferries fleet.

The second vessel will replace the Quadra Queen II on the Port McNeill – Alert Bay – Sointula route. The Quadra Queen II will become a relief vessel, allowing for fleet redeployments and the retirement of the 53-year old Howe Sound Queen.

“We are excited that this project continues our commitment to coastal communities to replace aging ships with standardized vessels, which will reduce costs and improve operations,” Mark Collins, BC Ferries’ President and CEO, said.

The ferries will feature a hybrid diesel electric – battery power generation and propulsion system, and engines which operate on ultra-low sulphur diesel fuel. They will also have a hull, propeller and thruster design that minimizes underwater radiated noise, arrangements to minimize shipboard vibration and airborne noise, as well as a fully contained waste water handling system.

Damen has entered into an agreement with Point Hope Shipyards of Victoria, B.C. to provide technical and warranty support for the new vessels, ensuring repair and maintenance activities will be performed in British Columbia.

The total project budget, which includes financing and project management costs, is around CAD 86.5 million (USD 64.3 million). The project is partially funded by the Government of Canada. 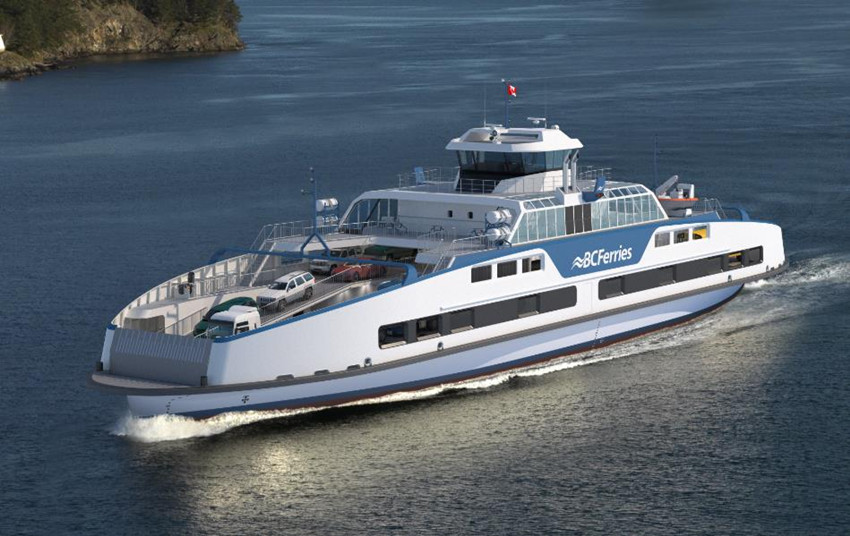