The new vessel, which is the first of a series of four ships all equipped with the Wärtsilä RT-flex50-D dual-fuel low-speed engine, is the result of close co-operation between Terntank, Avic and Bureau Veritas.

“This is the first installation of such engine and it was done under BV class. In early August the vessel became the first ever ship to take on LNG as bunker fuel in the port of Rotterdam, qualifying for an LNG bunkering premium equal to a ten per cent reduction in port dues,” Bureau Veritas said.

Ternsund is an IMO Type 2 oil/chemical tanker able to carry 9 grades of cargo in 16 different tanks. It will operate in North European waters under charter to a Finnish company.

LNG as fuel is stored on board in 2 Type C tanks on deck containing 315 cu m of LNG each. 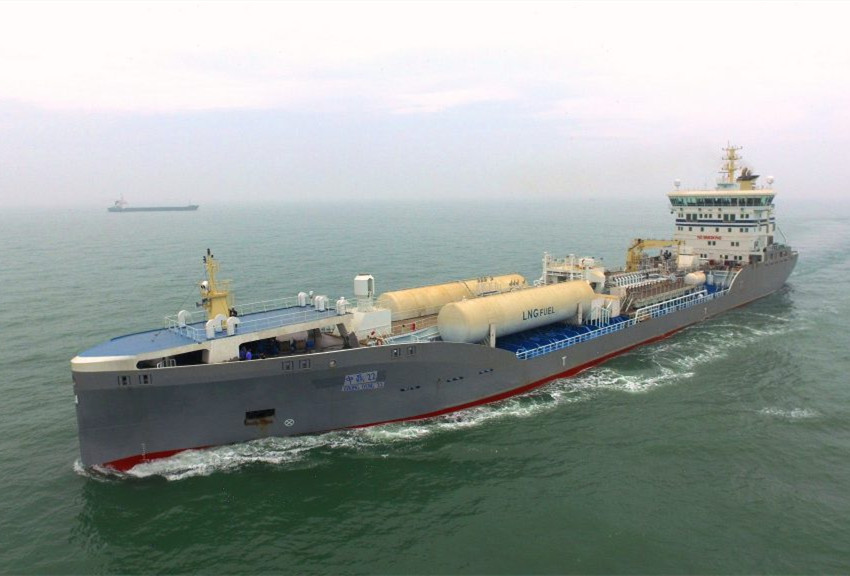