Under a contract signed with China’s Nanjing Jinling Shipyard, Knud E. Hansen has developed the basic design of a number of large RoRo vessels in cooperation with Italian shipping group Grimaldi.

The RoRo’s are known as the ‘Grimaldi Green 5th Generation’ (GG5G).

The new vessels, the first of which is expected to be delivered in 2020, will feature a length of 238 meters and a beam of 34 meters. The 64,000-ton ships will be able to transport over 7,800 lane meters of rolling units, equivalent to approximately 500 trailers.

As explained, the vessels will use electricity in port, courtesy of large lithium batteries, thus guaranteeing zero emissions whilst at berth. These batteries will be recharged during navigation, through shaft generators adding the so-called peak shaving system, and with the aid of 600 m2 of solar panels.

Once delivered, three ships from the batch will be operated by Grimaldi Lines in the Mediterranean, while the remaining three ships will be purchased by Finnlines, the group’s sister company, for operation in the Baltic Sea. 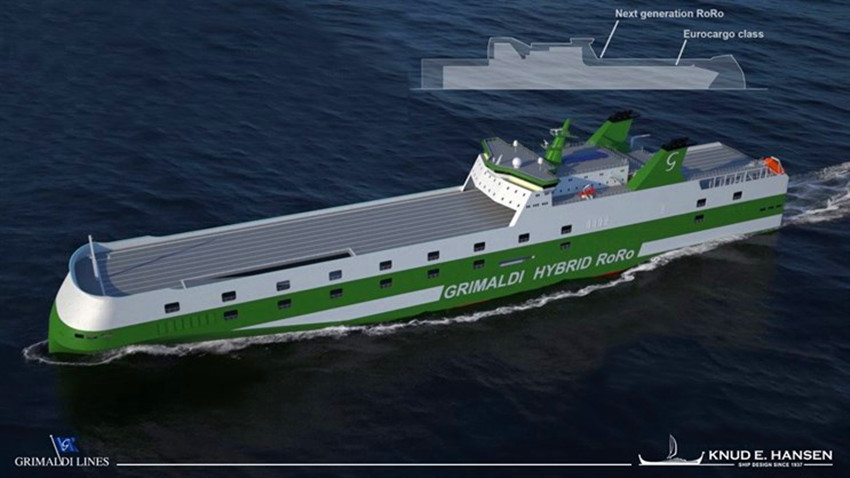