Chairman of the Suez Canal Authority (SCA) Mohab Mamish on Wednesday raised the Egyptian flag on the largest multi-purpose supply vessel in the Middle East, which is made in China.

"The Suez Canal Authority is sparing no effort to modernize its potentials in the service of regional and international maritime navigation," Mamish said at an inauguration ceremony, adding that the vessel will provide specialized logistic navigation services.

The new ship will not be limited to providing navigation services as it will also work in the recently discovered Mediterranean Sea oil and gas fields, which will put Egypt on the same level with the world's major gas-producing and exporting countries, Mamish pointed out.

The first-phase development of Zohr is now picking up speed, with first gas production expected in late 2017.

To transport the new oil and gas production in the Mediterranean Sea, Egypt has to acquire specialized vessels to reduce its dependence on foreign companies, so that it can minimize the costs and maximize the benefits, said Mohii Shebl, manager of maritime units in Timsah Company that owns the vessel.

The 90-meter long, 4,744-ton vessel is equipped with a lever that can reach 2,000 meters in deep water, and a moon pool that allows a submarine to pass through it to 3,000 meters under the sea, Shebl told Xinhua.

He said that Timsah chose the Chinese company Guangzhou Wenchong Shipyard as the builder because of its high-quality work, competitive prices and on-time delivery compared to many western companies.

Shebl added that Timsah will sign two other deals with other Chinese companies to build more vessels and maintain two ports. 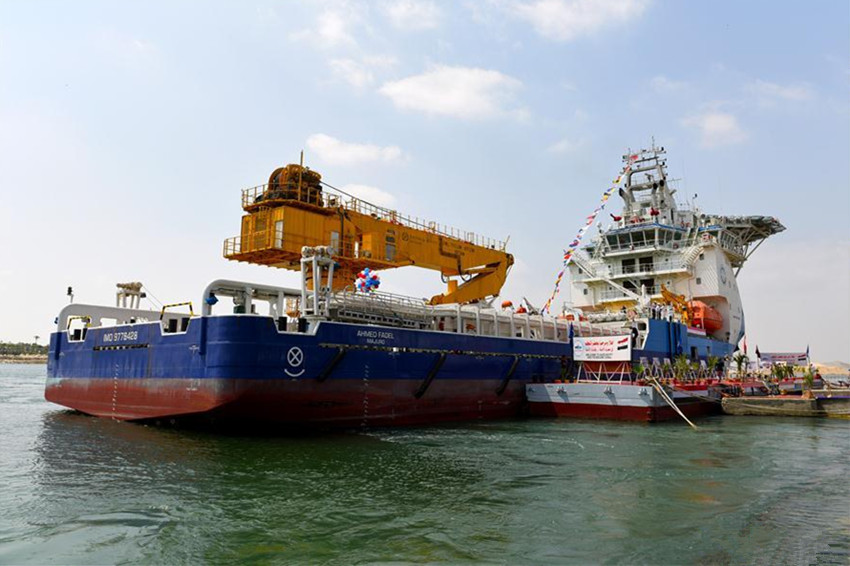