Finnish ferry company Viking Line has signed a letter of intent for a passenger vessel to be delivered in the spring of 2020 with the Chinese shipbuilder Xiamen Shipbuilding Industry.

Under the agreement, the parties plan to sign a final deal for the construction of the ferry during the spring of 2017. The letter of intent also includes an option for an additional vessel.

Featuring a length of 218 metres and 63,000 gross tonnes, the new ferry would serve the Finland – Sweden route, connecting Turku, Åland Islands, and Stockholm.

With a passenger capacity of 2,800 people, and the length of its cargo lanes will be 1,500 metres, the new vessel would run on liquefied natural gas (LNG), Viking Line said.

“We have excellent experience with this from the M/S Viking Grace, the first large LNG-powered passenger vessel in the world. Great emphasis has been placed in the planning work on environmentally sound solutions, including new innovative energy-efficient applications,” Jan Hanses, Viking Line’s CEO, said.

He added that “many years of planning work have gone into this newbuilding project in conjunction with the European Union’s Motorways of the Seas project under the scope of the Connecting Europe Facility funding instrument, which has also included the Port of Turku and the Ports of Stockholm.”

With a total investment of around EUR 190 million, the vessel is intended to be a collaborative project, which would include a number of Finnish and other European suppliers, such as Deltamarin, Wärtsilä and ABB Marine and others, according to Viking Line. 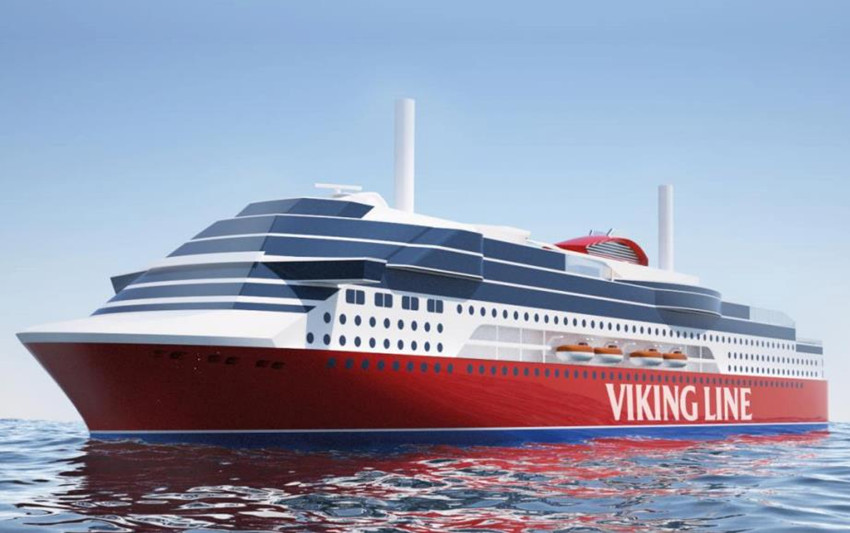