The 260,000 dwt FMG Nicola is the first of four VLOCs currently under construction at Chinese Yangzijiang Xinfu Shipyard, while the remaining four ships are being built by Guangzhou Shipyard International.

The delivery of the final vessel is expected in mid-2018.

When fully operational, the VLOC fleet is expected to provide approximately 12 percent of Fortescue’s total shipping requirements, the company said.

In November, Fortescue finalized an agreement with the China Development Bank Financial Leasing (CDB Leasing) to finance the VLOC fleet. The agreement is said to be the largest direct funding arrangement provided by a major Chinese financier for a non-Chinese company in Australia.

The finance lease facility funds 85 percent of the VLOC cost for a minimum of 12 years on highly flexible terms, including early repayment and extension options for a further 3 years. Out of the total construction cost of USD 556 million, the facility would cover USD 473 million of the expenses. 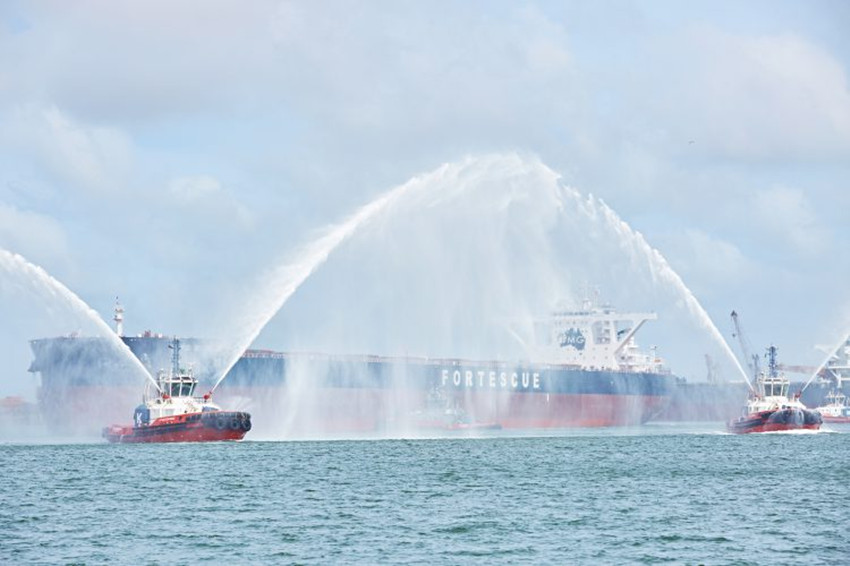