Built at the Chinese shipyards of Jinling, the Grande Halifax has a length of 199.9 meters, a width of 32.26 meters, and a cruising speed of 19 knots.

Equipped with four hoistable decks, the Grande Halifax is able to transport any type of rolling cargo with a height of up to 5.2 meters, according to the company.

In addition, the Grande Halifax has a side ramp and a quarter stern ramp, the latter allowing the loading of freight with a weight up to 150 tons. The configuration of the various decks and the system for the internal ramps reduce to the minimum the risk of damage during the loading/unloading operations, the company said.

What is more, the newbuild is fitted with an electronically-controlled main engine that allows complying with the new regulations for reducing NOx emissions, while the installed scrubber reduces sulfur oxide (SOx) emissions. It is also equipped with a ballast water treatment unit which will allow it to meet the future international regulations.

“ACL’s services to Halifax began in 1967 and have been continuously provided for over 50 years. Today, our group’s transatlantic services, including those of Grimaldi Lines, call Halifax about 140 times a year,” Emanuele Grimaldi, Managing Director of the Grimaldi Group, said. 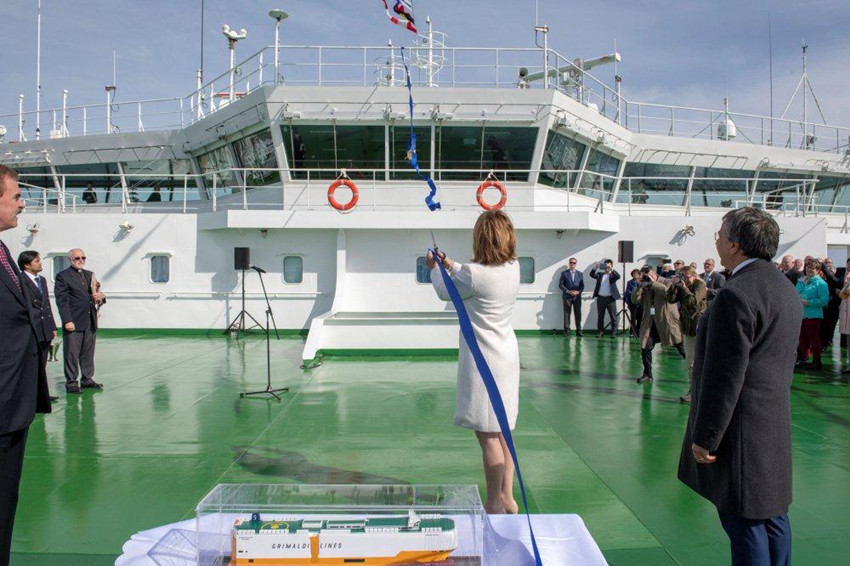