Japan’s Kawasaki Heavy Industries (KHI) is to shift merchant ship construction from Japan to China and reduce the scale of its domestic business by 30% while trying to establish itself as a specialist for gas carriers and gas-powered vessels.

The move comes following a slump in the shipbuilder’s Ship & Offshore Structure segment in the past few years, as well as large losses in the past two years, which prompted the establishment of a restructuring committee in October 2016.

The committee has judged that, although there is still no resolution in sight for the excessive construction capacity, the growth in the demand for liquefied natural gas (LNG) and liquefied petroleum gas (LPG) and the strengthening of environmental regulations is a good opportunity for KHI.

KHI also plans to reduce invested capital through the reduction of inventories and fixed assets, in addition to concentrating domestic merchant ship construction in Sakaide Works, where KHI will utilize gas related technology and environmental load reduction technology and reduce the number of orders accepted with a focus on gas-related ships.

The company plans to maximize EBIT (Income before income taxes + Interest expense) by adding the second dock at Dalian COSCO KHI Ship Engineering (DACKS) and by measures such as fixed expense reduction and productivity improvements, in addition to deepening the integrated operation with Nantong COSCO KHI Ship Engineering (NACKS) and DACKS through joint procurement and sharing of the construction works.

Based on the aforementioned fundamental strategies, KHI will aim for the achievement of Before-tax ROIC (Return on Invested Capital) of 8% or higher (with the assumption of JPY100/USD) as the target for FY2020.

KHI also said that the company will use its full capacity to complete the ships already ordered.

In order to promote the restructuring of its Ship & Offshore Structure segment, from April 2017 KHI will start up a restructuring execution committee headed by the company’s president. It will carry out a periodical evaluation of the progress by the end of FY2018. 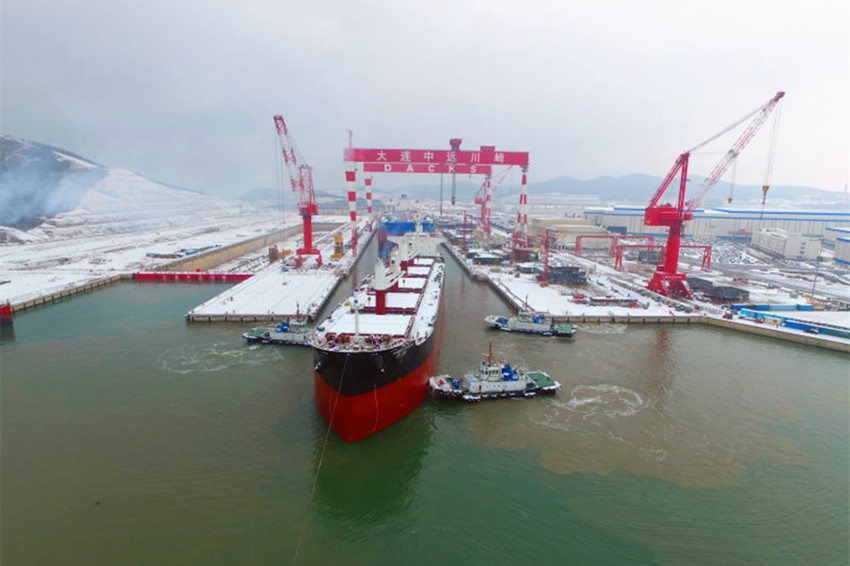