A marine evacuation system (MES) is a lifesaving device found on many modern passenger ships consisting of an inflatable slide or escape chute where passenger can evacuate straight into waiting life rafts.

2. Slide Systems -is an inflatable slide that attaches to the access point of the evacuation, similar to the ones on aircraft.

The MES consists of 5 components:

1. Controls- used to initiate the device in an emergency situation.

2. Stowage box- contains essentials for the evacuation, including the chute and the fixed appliances, such as seats, rails, etc. Composed of marine grade aluminum along with inflation cylinders, usually kept on the deck taking as little as 4m2 of storage space. It is considered to be light weight, weighing around 685 kg including the life rafts stored inside.

3. Chute or Slide- attached to the ship and life rafts, it is stored in the stowage box. Inflatable slides are composed of polyurethane coated nylon fabrics making it sturdy. It ranges up to 13.6m in height, including single and double evacuation slides depending on the vessels preference.

4. Rafts- are the floatable boats used in an emergency event. Depending on the MES system, there are usually 1-4 rafts in the stowage box.

5. Bowsing winch- in an electric system that is used to transport the raft from the ship to the side of the ship. 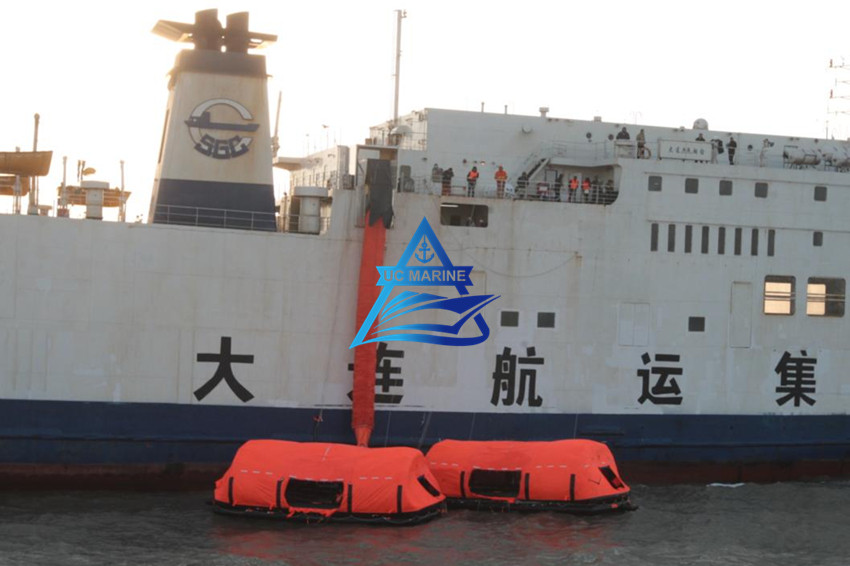 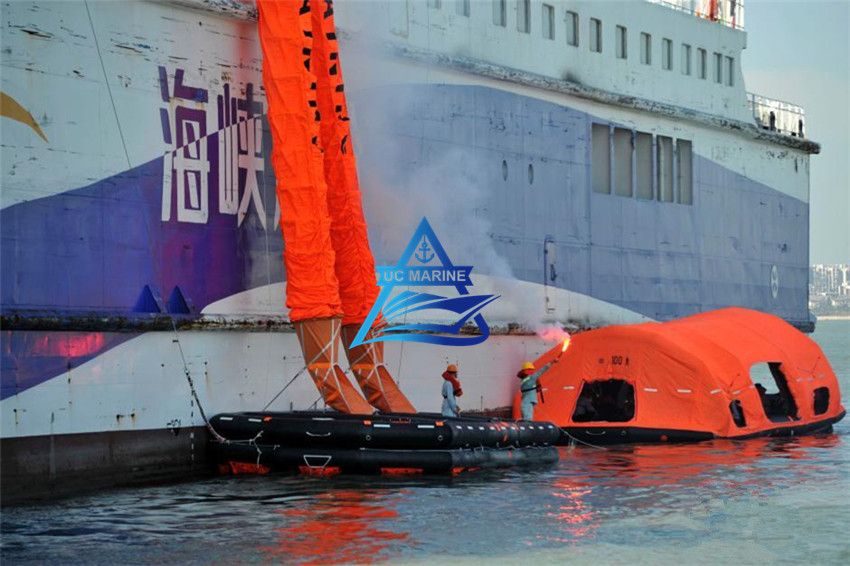