The float out of New Mein Schiff 2 on June 1 marks the beginning of the final stage of the ship’s construction. After the weekend, the cruise vessel will float at the outfitting pier of the shipyard, where it will be finalized for delivery.

New Mein Schiff 2, which will fly the flag of Malta, is expected to be delivered to its owner in spring next year.

The 111,500-ton newbuild will be a sister ship to New Mein Schiff 1, with the added length of 20 meters from the previous ships in the series. With a length of 315 meters and a width of 36 meters, New Mein Schiff 2 will be able to accommodate 3,132 passengers and 1,092 crew onboard.

“Our new Mein Schiff 1 has successfully completed her first cruises (…) Our new generation of ships meets our expectations completely. We are looking very much forward to taking with new Mein Schiff 2 a sister ship into service very soon,” Wybcke Meier, CEO of TUI Cruises, said.

After the delivery of New Mein Schiff 2, TUI Cruise’s whole fleet will be built at Turku shipyard. The shipyard has recently embarked on an investment program worth EUR 200 million in an effort to realize higher capacity and productivity.

“Our block production capacity is already up on the level with previous high from 2010, when the shipyard was building Allure of the Seas. Ramping up the production at the same time as we are implementing an investment program of 200 million euros has not been a simple task. Still, as the saying at the shipyard says, if it was simple, anybody could do it and that would not be good either,” Jan Meyer, CEO of Meyer Turku, commented. 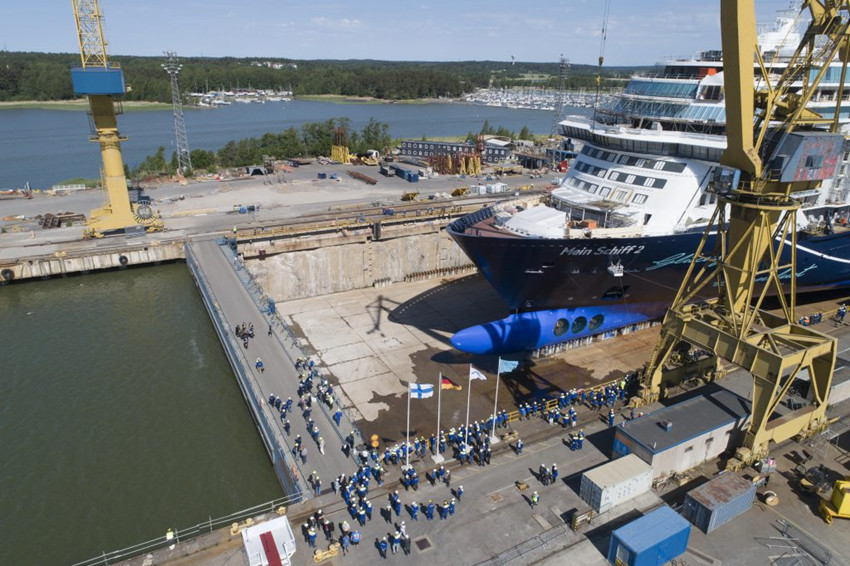