UK-based engineering company Rolls-Royce has received an order for four diesel engines to power the world’s largest hybrid ferry being built for the Norwegian cruise and transport company Color Line.

The ferry is designed by Fosen and will be built at Ulstein Verft in Norway. When completed by the summer of 2019, it will operate on the crossing between Sandefjord in Norway and Strømstad in Sweden.

The newbuilding will be a plug-in hybrid combining diesel and electrical power. The batteries will be recharged via a power cable with green electricity from Color Line’s own shore facilities or recharged on board by the ship’s generators.

The four Bergen engines from Rolls-Royce are scheduled to be delivered in March 2018. The contract comes with an option to provide engines for a second vessel, Rolls-Royce said.

“The shipbuilding industry in Norway has lately proven its competitiveness internationally in the cruise and ferry market, and we are proud to be part of these innovative new building projects,” Kjell Harloff, Rolls-Royce, VP Engines – Marine, commented. 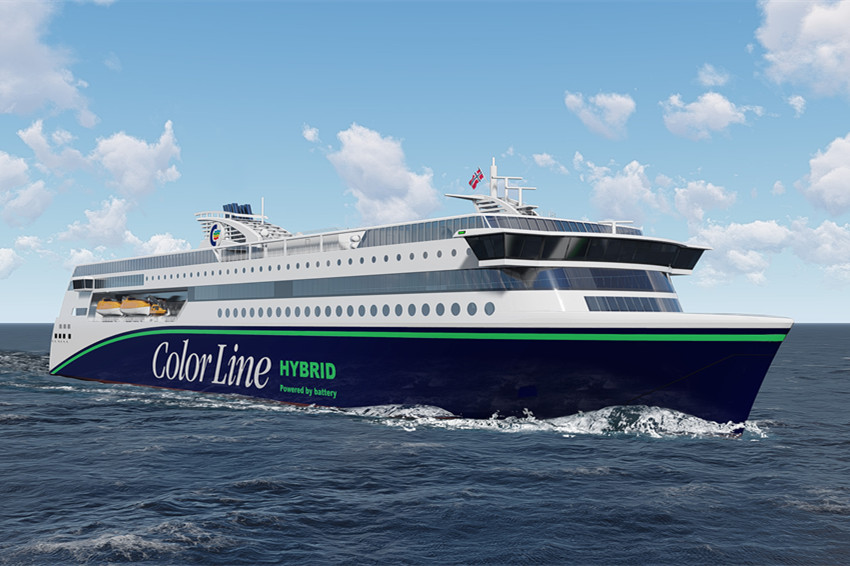