The newbuilding is the first of four 20,150 TEU containerships, ordered from Japan’s shipping giant Mitsui O.S.K. Lines (MOL) in February 2015.

The four mega ships were ordered as part of a deal for construction of six 20, 000 TEU containerships.

Four 20,000 TEU containerships were assigned to SHI, whereas the remaining two were ordered from MOL’s compatriot shipbuilder Imabari Shipbuilding Co.

MOL said that the two mega boxships assigned to Imabari had been chartered out to Japanese liner company Shoei Kisen Kaisha.

The six vessels are scheduled for delivery in 2017, and will serve the Asia-Europe service.

The eco-friendly ship boasts an array of energy-saving equipment designed by SHI including propeller, rudder valve, and stator, SHI said.

As announced by MOL earlier, this type of ships can reduce CO2 emissions per container moved by about 50% compared to 8,000 TEU containerships.

“Successful construction of the MOL Triumph is yet another proof of SHI’s technological excellence. MOL has hailed SHI’s performance for zero incident construction for 15 months since steel cutting in January 2016,” the shipbuilder added.

MOL Triumph will be delivered to MOL on March 27th after finishing preparation for maiden voyage. 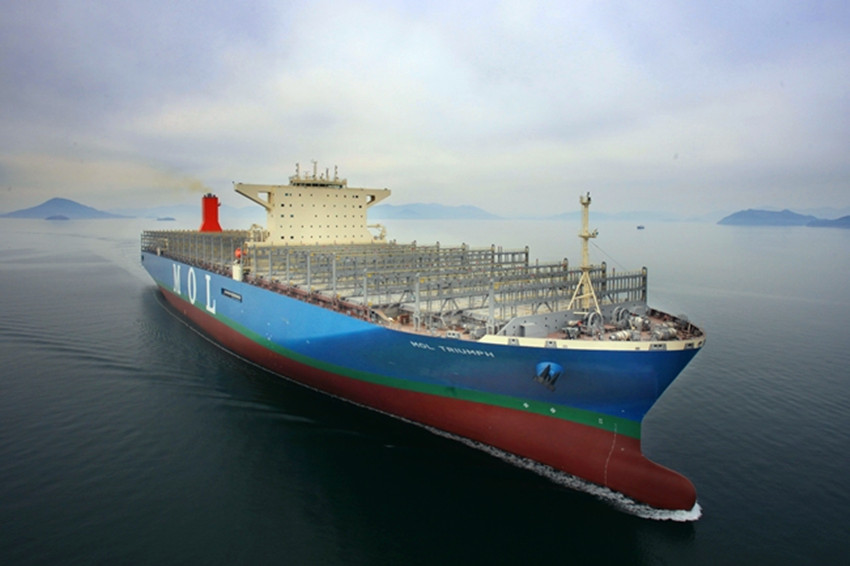