Upon delivery, the carrier commenced a 15-year bareboat charter to the German shipping company Hartmann Group. It will enter into a 10 year sub-charter to SABIC Petrochemicals upon arrival in Houston in July, according to Ocean Yield.

Gaschem Orca will be used for shipments of ethane from Houston to SABIC’s cracker in Teeside, UK.

The 36,000 cbm vessel is the second of two sister ships delivered to the company.

The first eco-friendly LEG carrier, the 38,000 cbm Gaschem Beluga, joined its owner in November 2016. Upon delivery, it too commenced a 15-year bareboat charter to Hartmann.

Ocean Yield ordered the batch of three LEG carriers from Sinopacific in May 2014, however, in mid-October the company said it decided to cancel the third vessel under the agreement as a result of the negotiations which were undertaken after Sinopacific Offshore & Engineering filed for receivership in August 2016.

So far this year, Ocean Yield has taken delivery of five vessels and the company’s total fleet stands at 37 vessels, of which 36 have been delivered. 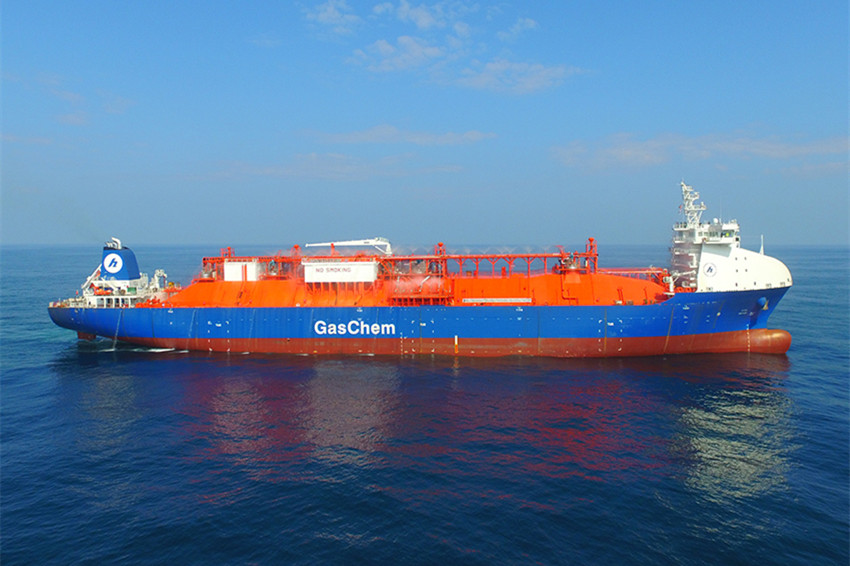